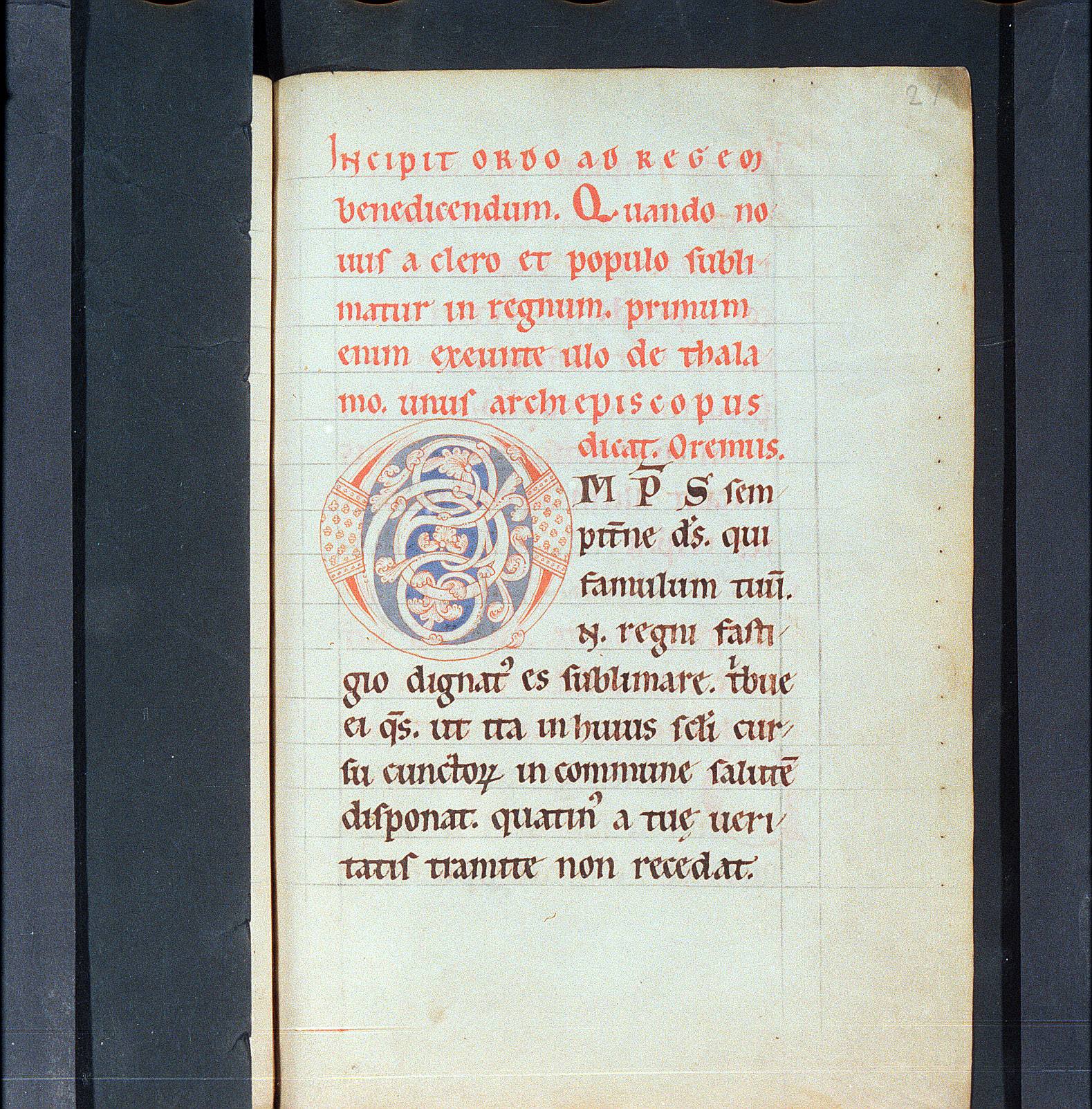 This manuscript is the first of two volumes that form a Pontifical, a book of liturgical offices performed by a bishop. This copy was prepared for the Archbishopric of Cologne. This volume contains offices involving the bishop that fall outside the regular round of the liturgical year, like ordinations, dedications of churches, consecration of cemeteries, and so on. The second volume, MS 140 in the same collection, covers the liturgical year.

The script and layout are an almost perfect illustration of the 12th-century transitional phase between Caroline Minuscule and Gothic Textualis. The large, egg-shaped letterforms are well on their way to evolving from the small minim-height of Caroline to the large minim-height and short ascenders of Textualis. The letterforms themselves are mainly Caroline – notably the upright d and the t. But there are signs of Gothic emphasis on rhythmic series of parallel minims with uniform treatment of their feet. The scribe alternates freely between the Caroline habit of using tall s at word end and the Gothic use of round s in the same position.

The relationship of writing to ruling is half Caroline and half Gothic. The scribe follows Carolingian practice in beginning the text above the top ruled line, but his habit of floating each line of text in the space between ruled lines, rather than having the letters sit on the ruled line, is a symptom of emerging Gothic layout practices.

1. Line 1: Headings are in a script that has something of the aspect of Rustic Capitals, in being tall and narrow, but is actually a mix of Capital, Uncial, and Caroline Minuscule forms rendered as a majuscule.

2. The first line of writing starts above the first ruled line: a feature of Carolingian layout. The writing floats well above the ruled line, rather than sitting on it: a Gothic feature.

4. Line 3, the third letter: Tall s at word end is a Caroline feature.

6. In the middle of line 3, et has a t whose upright stroke sticks up almost not at all above the cross-stroke. This is a Caroline feature.

7. The upticks at the feat of each minim of m, as at the end of line 4, is typical of 12th-century Protogothic.

8. Four lines from the bottom: The h in huius whose second stroke curves back around to the left and somewhat below the baseline; the regular rhythm of minims that are hard to parse into letters; and the round s at word-end are all typical Gothic features. 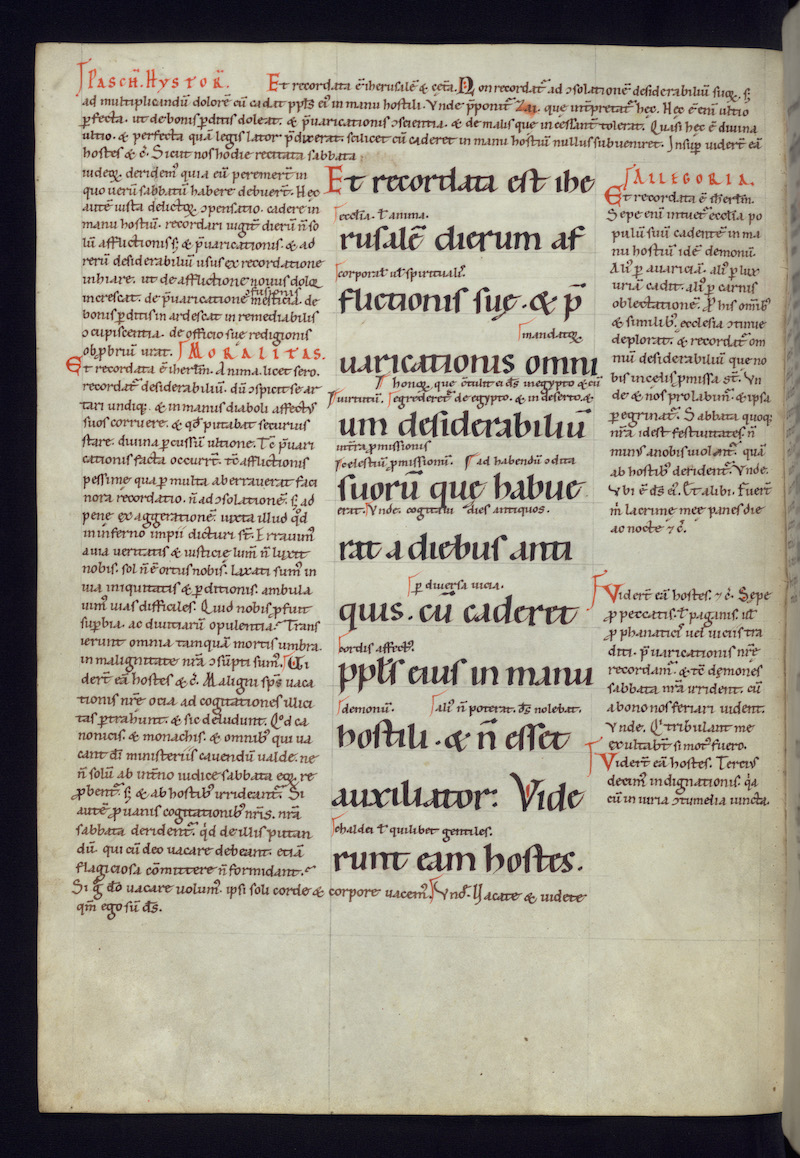 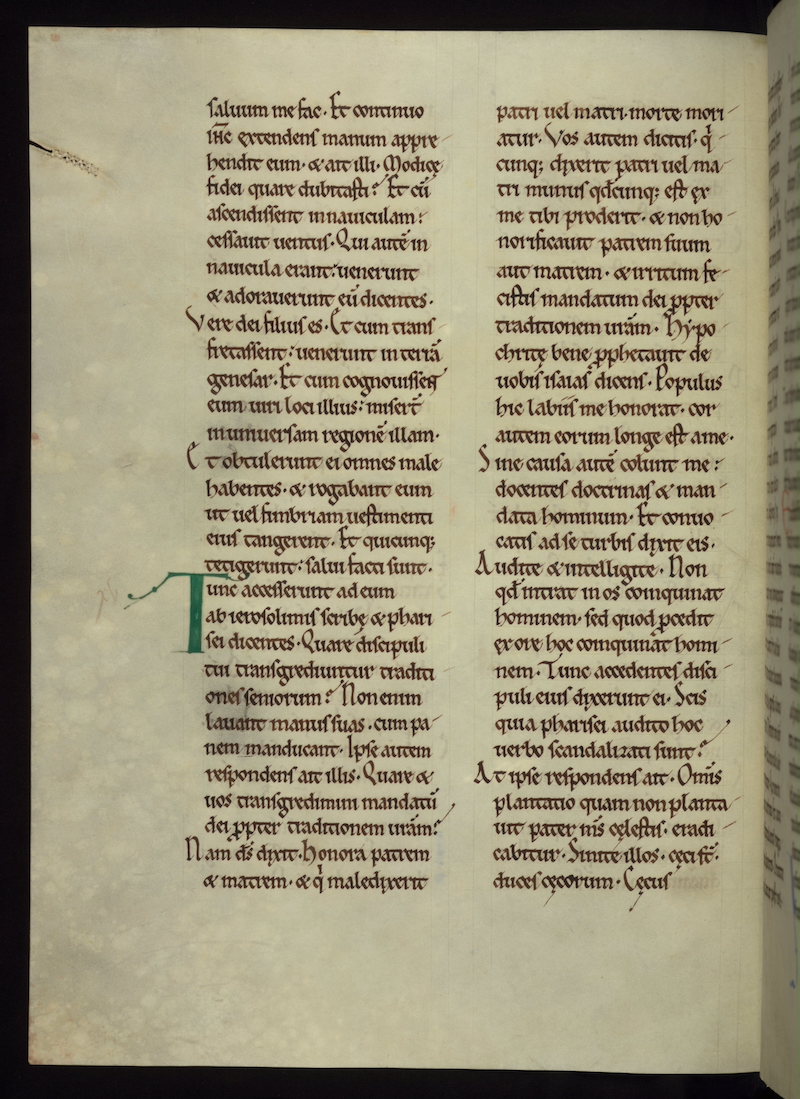 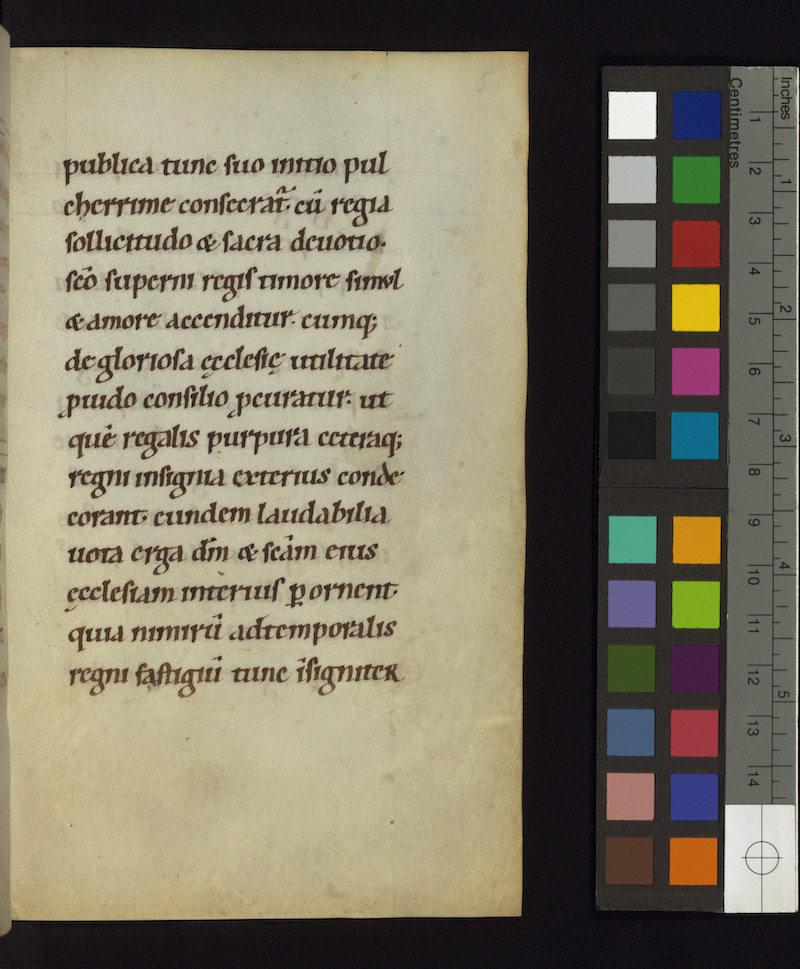