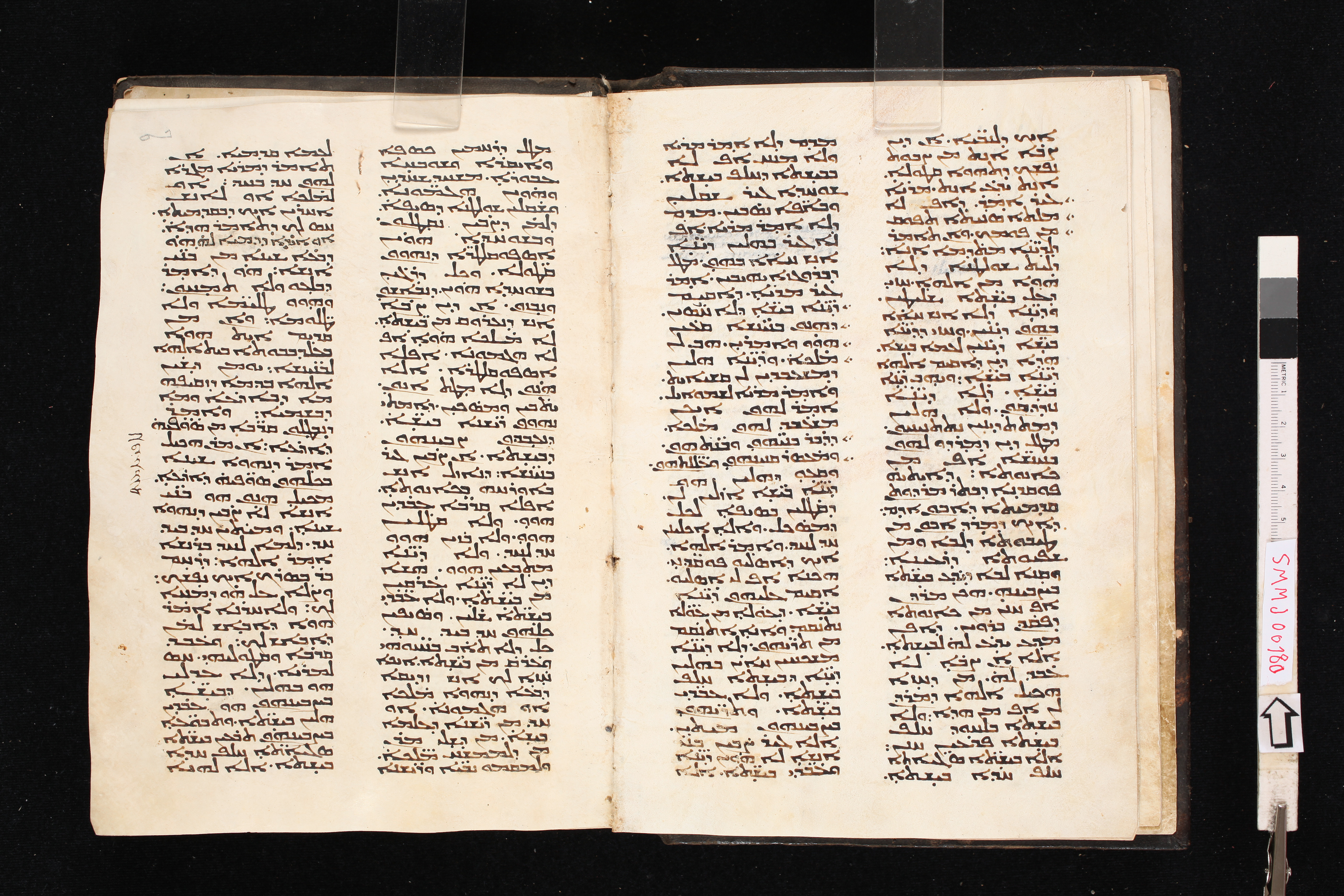 The lines have been numbered, and marginalia are indicated with \\ //.

The script is very straightforward Esṭrangela, with sharp angles as in the bēt and ṭēt.

2. ālap: right leg has a small serif, seen both when the previous letter is attached and when it is not

5. nun: when final and not attached to the previous letter, is at a noticeably more horizontal angle than when attached (examples of both in col. b, line 8)

When there space remains at a line-end, the final letter has an extender to reach the edge (col. a, line 16; col. b, lines 10, 19). Before the last word in col. a, line 15, ḥdā has been added — by the original scribe, it seems — but in a definitely Serṭo style.

Diacritical Points
There are no explicit vowel marks, but many punctuation marks and diacritical points.

Marginalia
In both columns dotted pointers indicate biblical quotations (Ezek 20:5; Lev 26:23-24; Ps 109:17). These signs are well known from older Syriac manuscripts. In col. a, line 7, the sign resembling the Alexandrian critical sign, the obelus, appears in the form known as the lemniscus (cf. Swete, Introduction to the Old Testament in Greek, 69-72, and Field, Origenis hexaplorum quae supersunt, I: liii-lx). This sign is used in other manuscripts, both Syriac and Garšūnī (e.g. SMMJ 174, p. 262), to anchor a marginal reading to the main text. 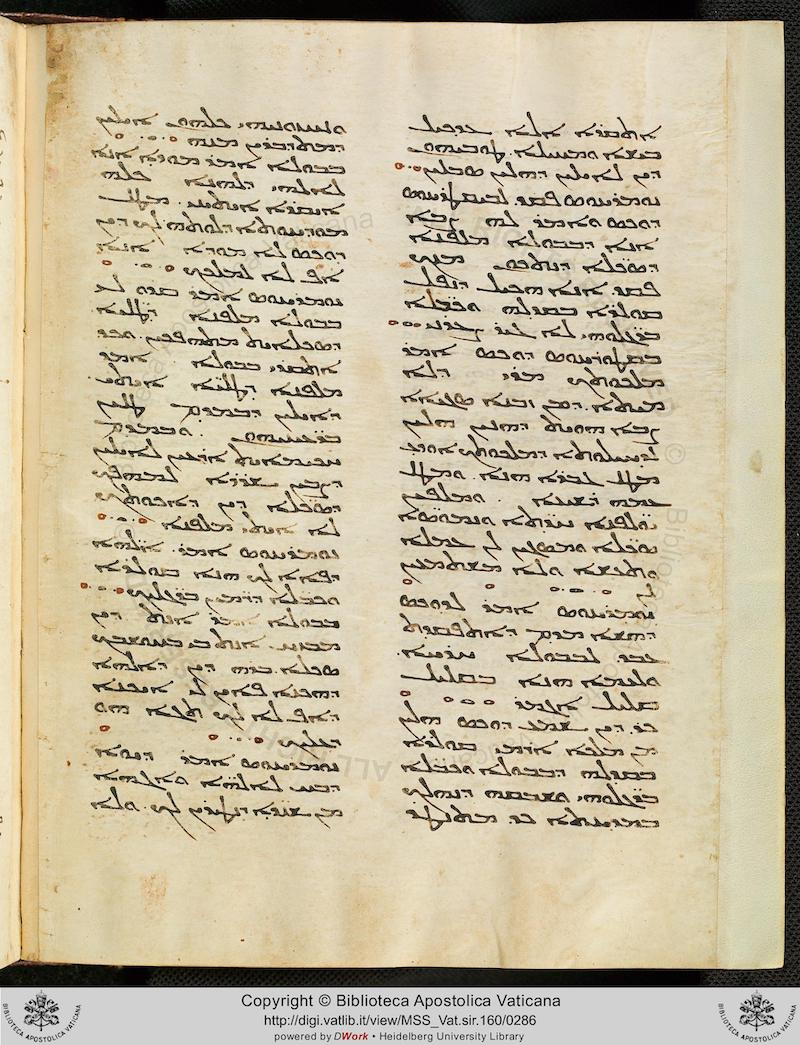 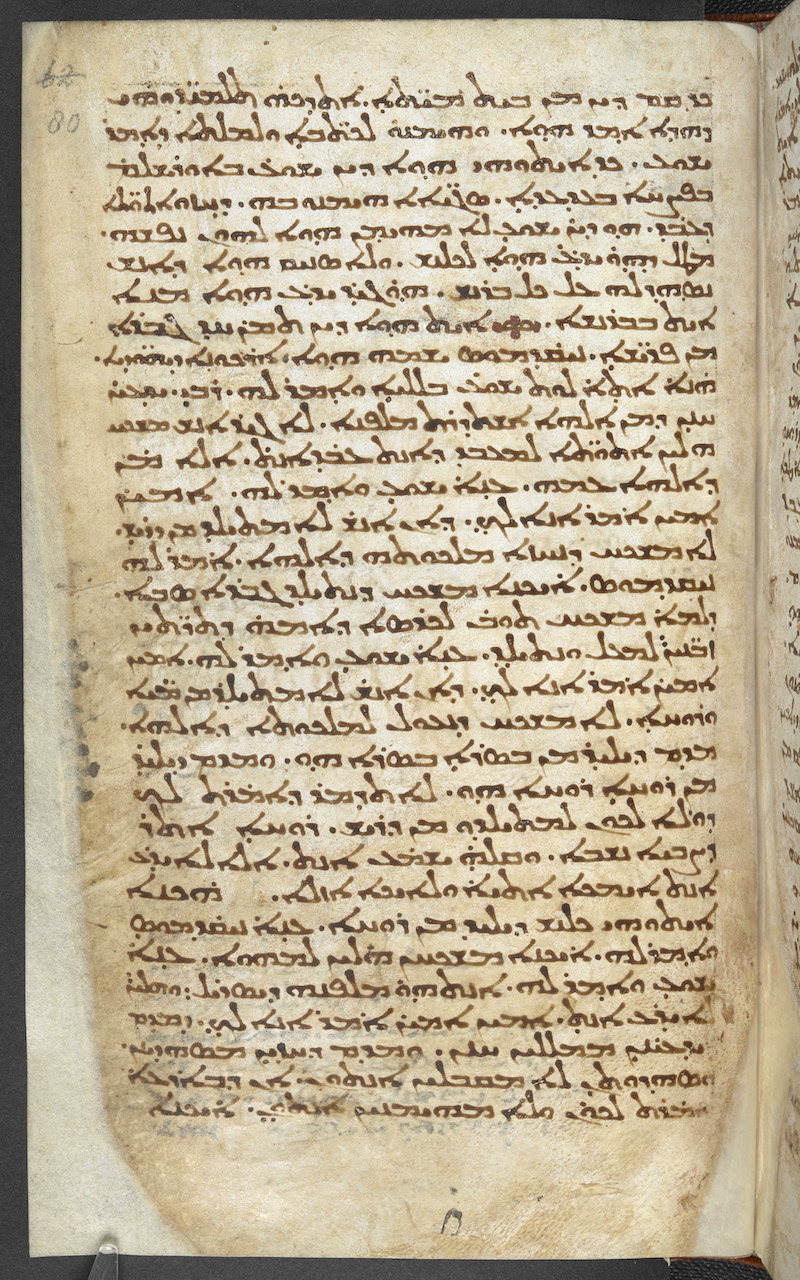 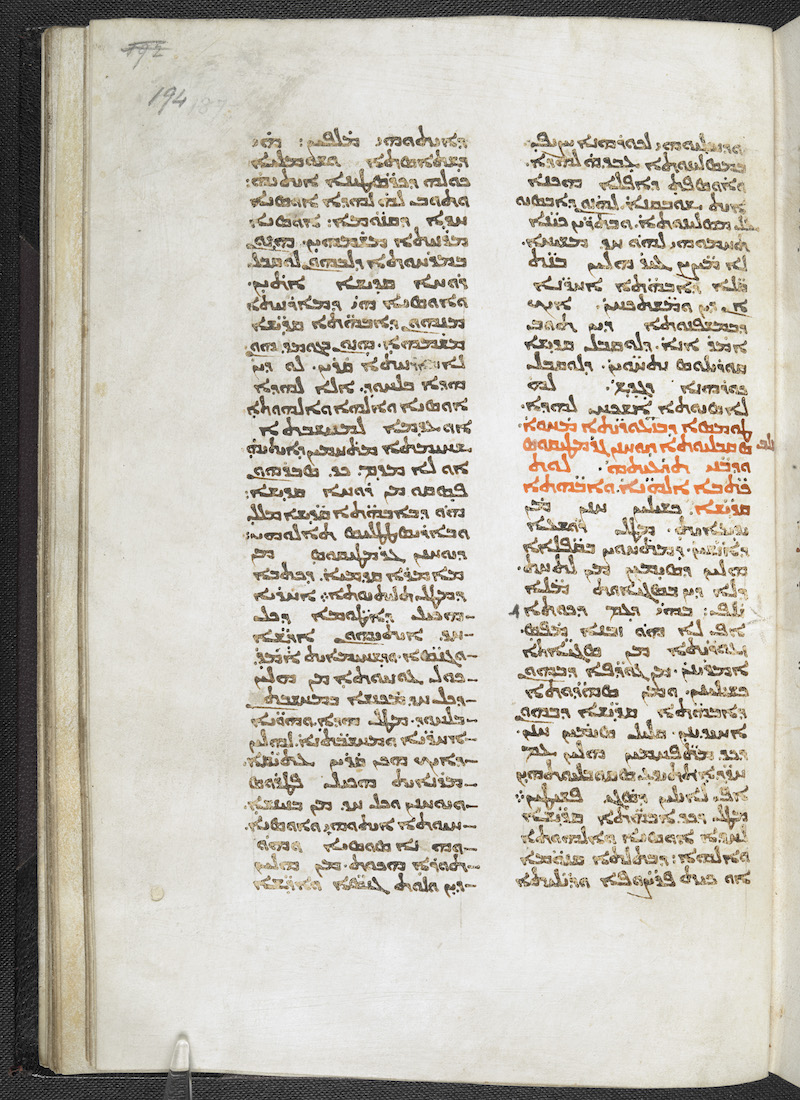 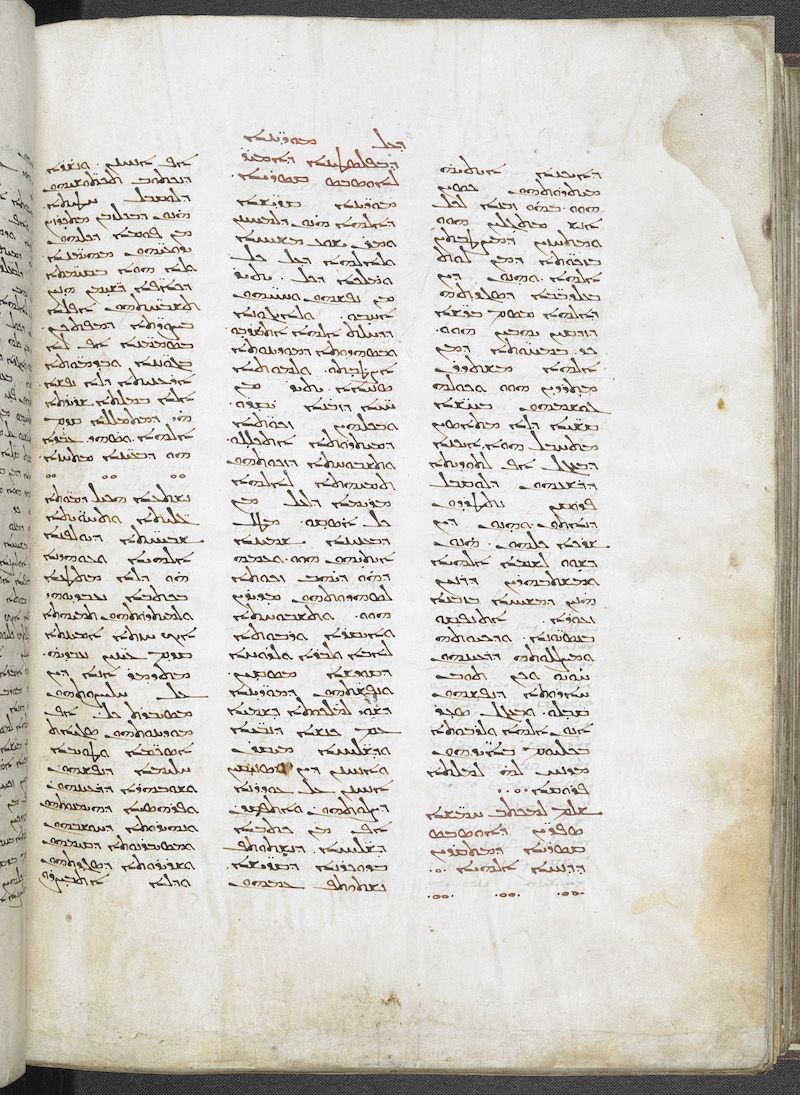