This 9th-century copy of the Gospels is a tiny book – only about 5 x 7 inches, with a written area on each page of less than 3 x 5 inches. Despite its small size, it has elaborately-decorated canon tables and full-page evangelist portraits of the kind seen in more imposing Carolingian Gospel books. (See the link to the full manuscript at the Walters Museum to see the illustrations.)

The script and layout of the text are a mixture of high-grade, mid-Carolingian features and more archaic, lower-grade characteristics.

The dry-point ruling defines a space with room for initials outside the body of the written area – a key feature of Carolingian page layout – with Eusebian section references in the far left margin. Running titles and litterae notabiliores in black and red articulate the text and make it easy to find one's place.

The script itself is a somewhat rightward-leaning, laterally-compressed Caroline Minuscule. The scribe uses a mix of the Caroline a and the earlier, so-called cc a, and occasionally uses a c-t ligature typical of Pre-Caroline scripts.

Word-separation is rudimentary by the standards of the biblical manuscripts produced at centers of the Carolingian reform. The poor word-separation may owe something to the need to fit the text into such a small space, but it is still surprising for a manuscript of this date produced in major center in the Germanic-speaking area of the Carolingian empire. Though the inventory of abbreviations is small, as would be expected at this date, the number of abbreviations is fairly high for a luxury manuscript of the Gospels. Raised points set off major pauses and medial points set off minor pauses.

1. The acute accent over te, as in lines 3, 4, and 5, marks the word as a monosyllable (i.e., it indicates that it is not attached to another word). Note that the curve, angle, and thinness of the accent mark distinguish it from the common mark of abbreviation used throughout this manuscript.

4. relicta in line 15 contains a c-t ligature of a type that derives ultimately from Later Roman Cursive and is common in Pre-Caroline scripts.

5. The 2-shaped abbreviation over t a the end of line 17 stands for ur.

7. The dry-point ruling for the marginal space is most clearly visible at the bottom left corner of the page. 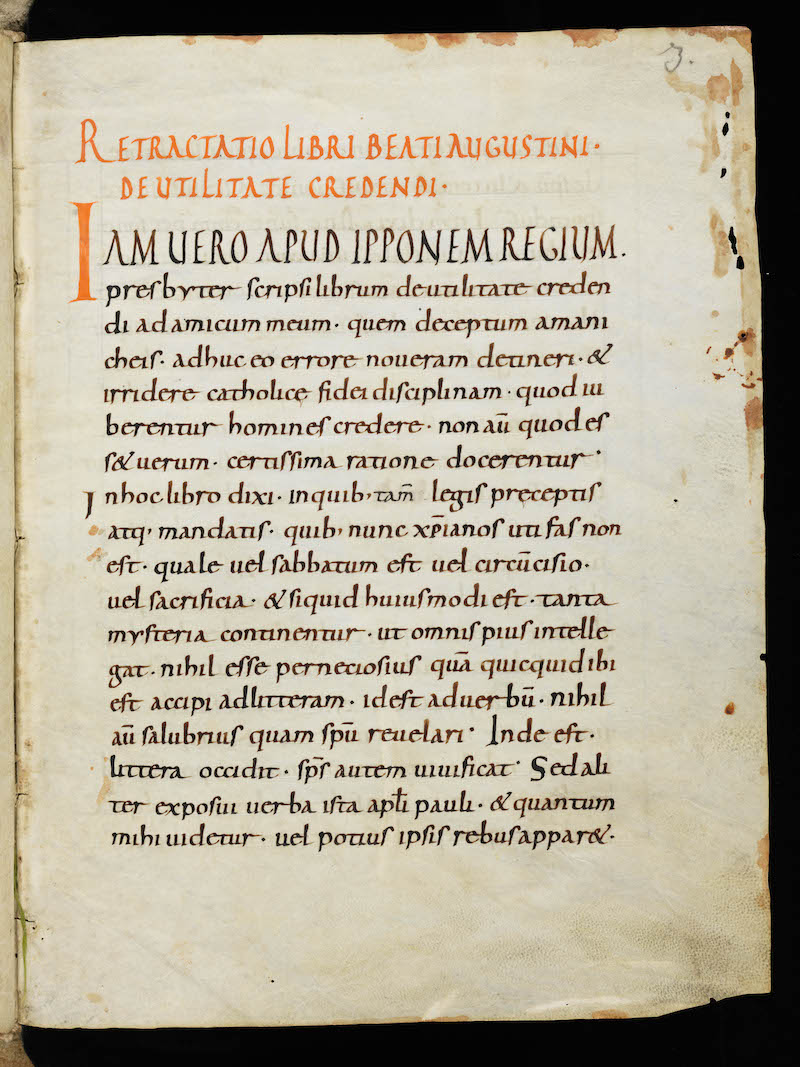 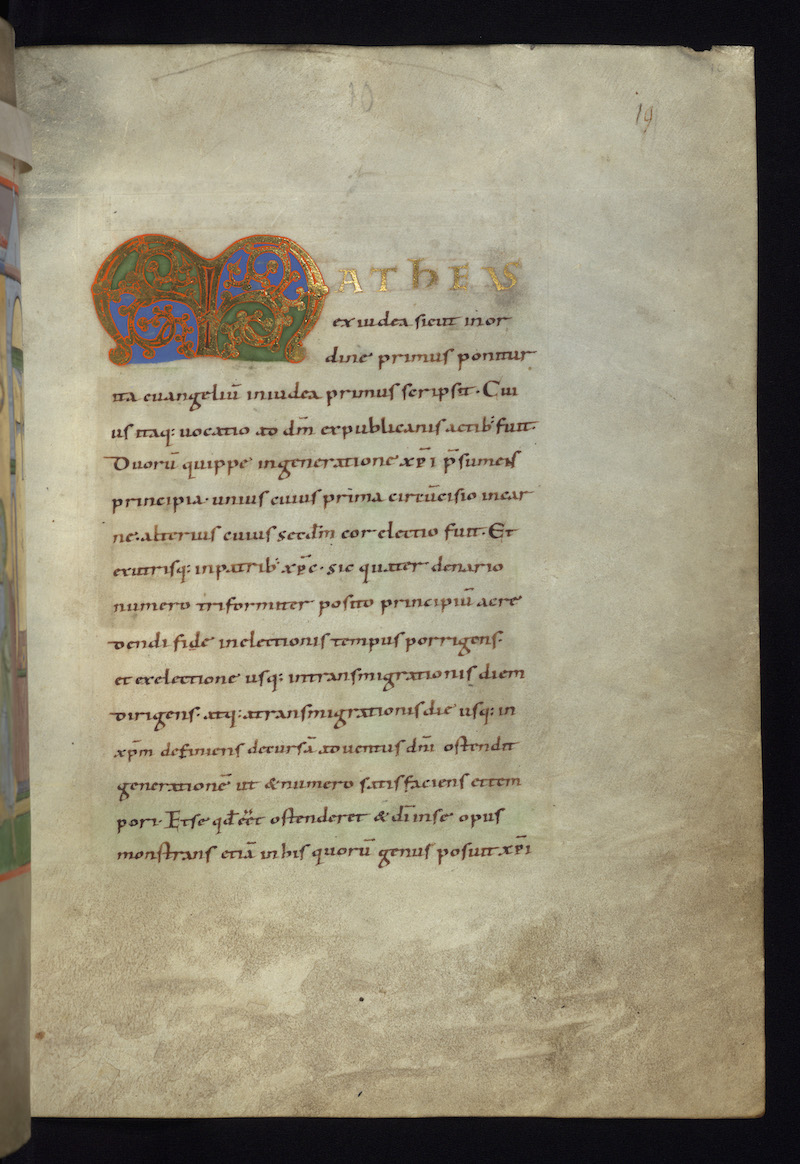 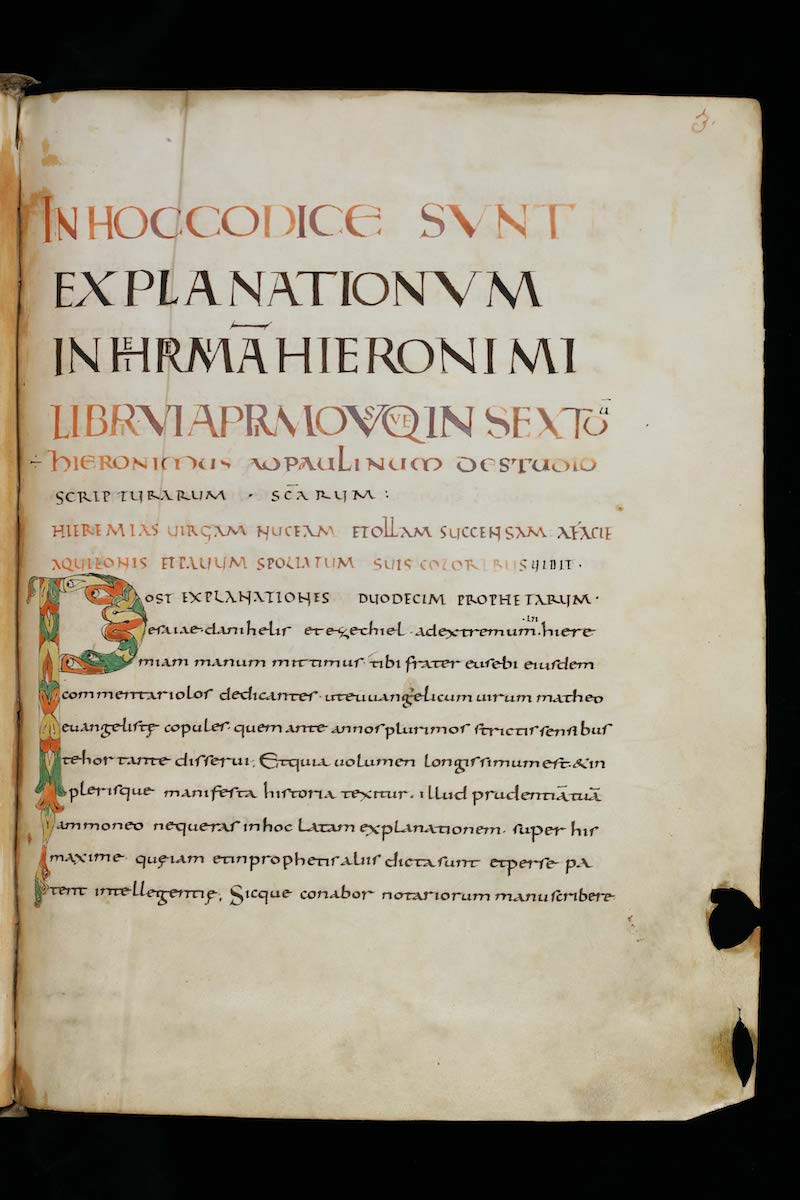