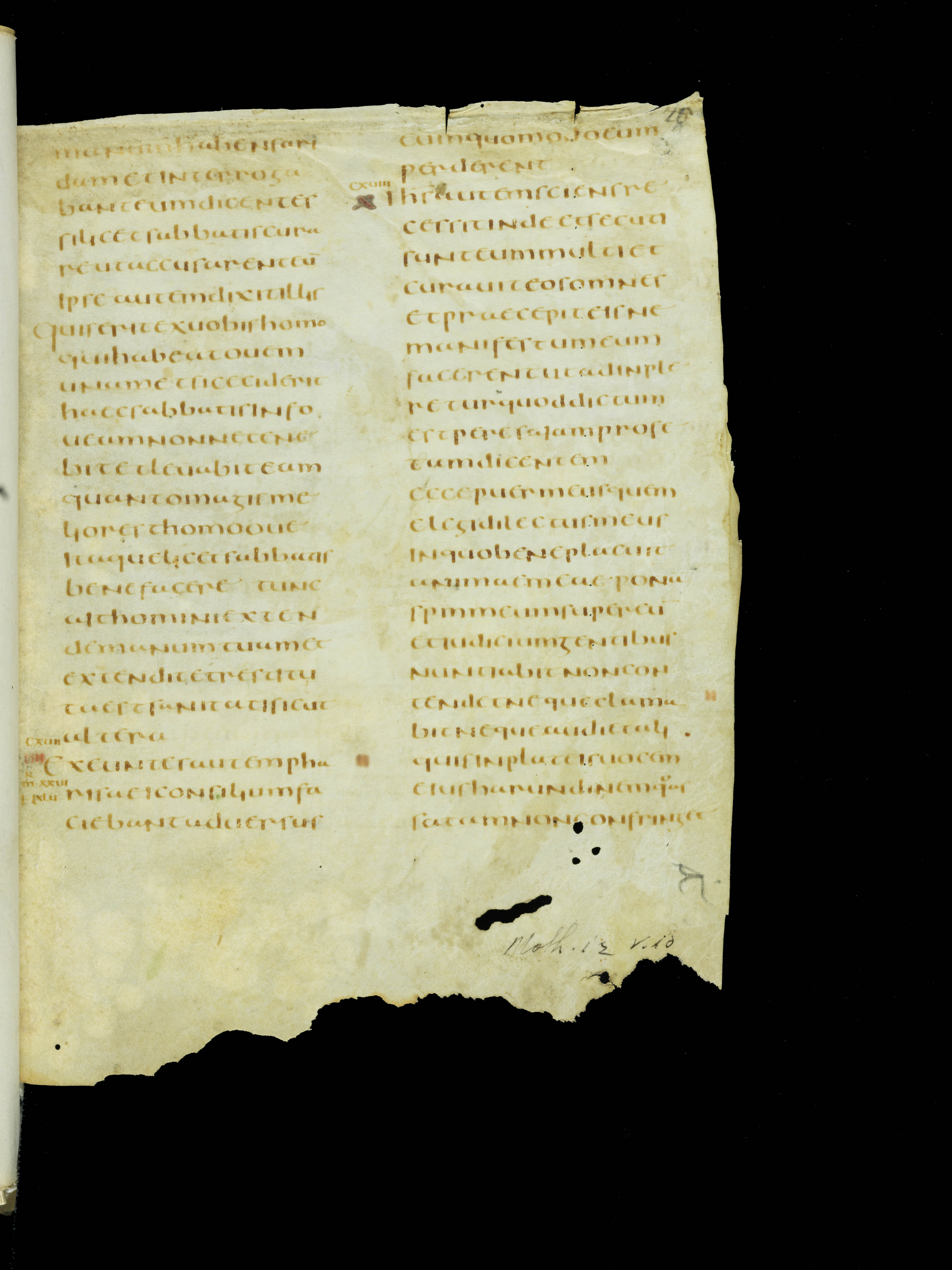 This early-5th-century fragmentary manuscript is the oldest extant copy of the Vulgate translation of the Gospels. The book of which it is now a part, St. Gall codex 1395, is a collection of manuscript fragments from the early Middle Ages which was bound together in the modern period.

The text is written in Half-uncial script in scriptio continua – without any spaces between words. Half-Uncial is a minuscule script widely used for Christian texts in late antiquity, though more often for texts other than the Bible, for which Uncial seems to have been preferred. This is one of only about 50 surviving examples of Half-Uncial from late antiquity.

Half-Uncial is the ancestor, directly or indirectly, of most medieval minuscule scripts, and therefore the ancestor also of our lower-case Roman alphabet. Most letterforms are therefore recognizable to the modern reader. Exceptions are the tall s, which has the shape of a candy cane and is liable to confusion with r; the g, which looks like a long squiggle with a bar across the top; and the li ligature, in which i dangles off the end of the l. a also has an open top, which can make it look u. See Special Paleographic Features for examples. Although Half-Uncial uses mostly the forms of our lowercase alphabet, it retains the "uppercase" form of N.

In the margins, the numbers of the Eusebian canon tables are given in red (which has sometimes discolored with time), and the section numbers, which indicate parallel passages in other gospels, are clustered around the canon table numbers in the same ink as the text. These numbers would have directed the reader to the canon tables at the beginning of the manuscript, but these pages do not survive.

1. In line 3 of col. 1, you can see the difference between a and u in this script. They are easy to confuse with one another. The second letter in this line is an a and the sixth is a u. Note how the first stroke of a curves around to the right for a slightly more closed shape, while the first stroke of u opens slightly to the left.

3. The third and fourth letters in col. 1, line 4 are an li ligature: the i dangles off the curved foot of l.

4. In line 13 of col. 1, five letters from the end of the line, you can see the distinctive Half-Uncial g.

5. In col. 2, line 3 you can see an s and an r next to each other near the end of the line. The shoulder of s curves up above minim-height, whereas the shoulder of r comes to a sharp point at minim-height and then curves down. That distinction between the two letters holds true in all the medieval minuscules that descend from Half-Uncial.

6. Eusebian canon and section numbers appear to the left of the bottom lines of col. 1. The red numeral IIII refers to canon table 4 at the beginning of the manuscript (now lost), and the brown numbers refer to parallel passages that would have been listed within that table.

7. The first word in col. 2, line 8 is manifestum. Note the distinction between f and s, which can be mistaken for one another. 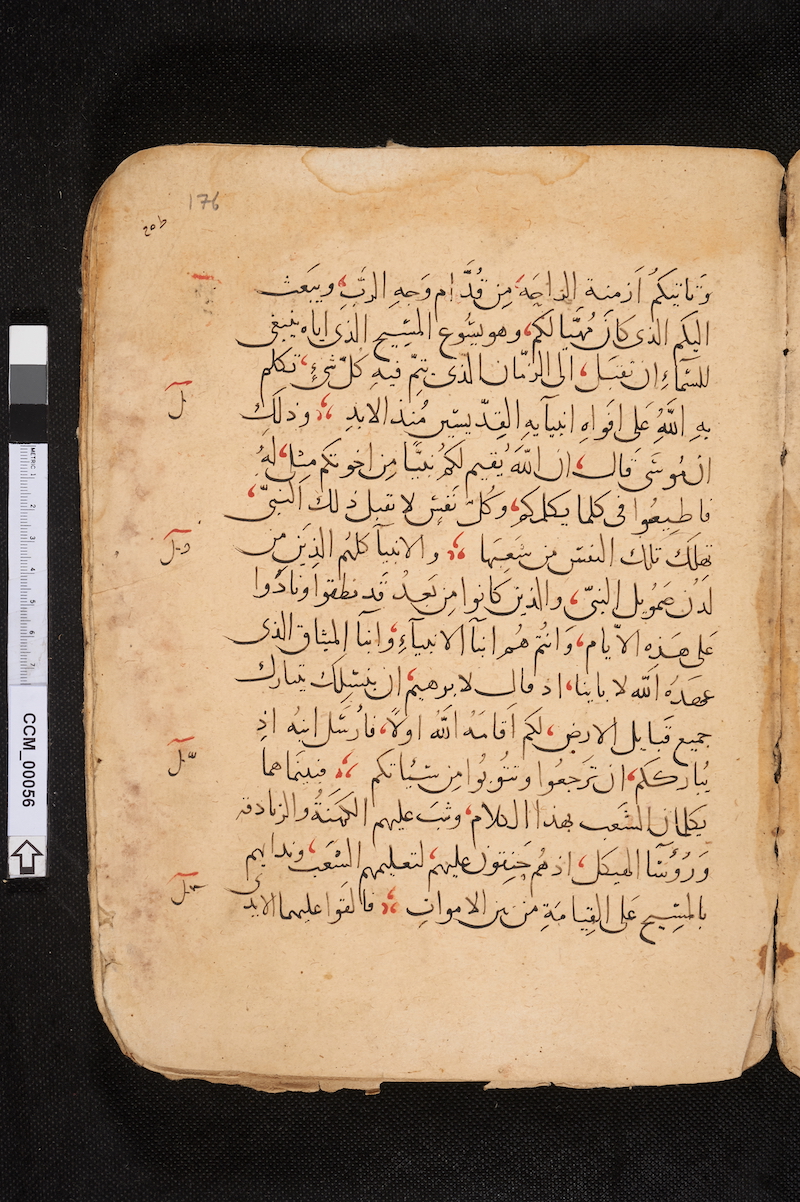 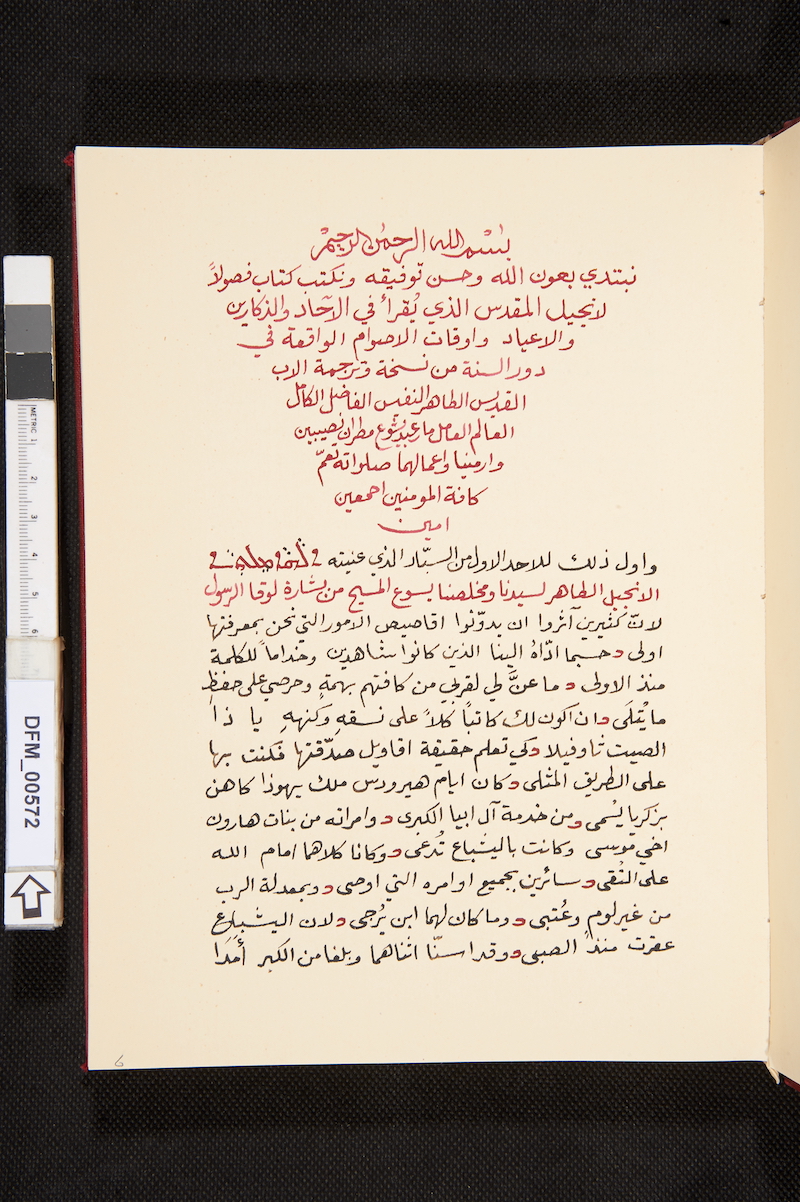