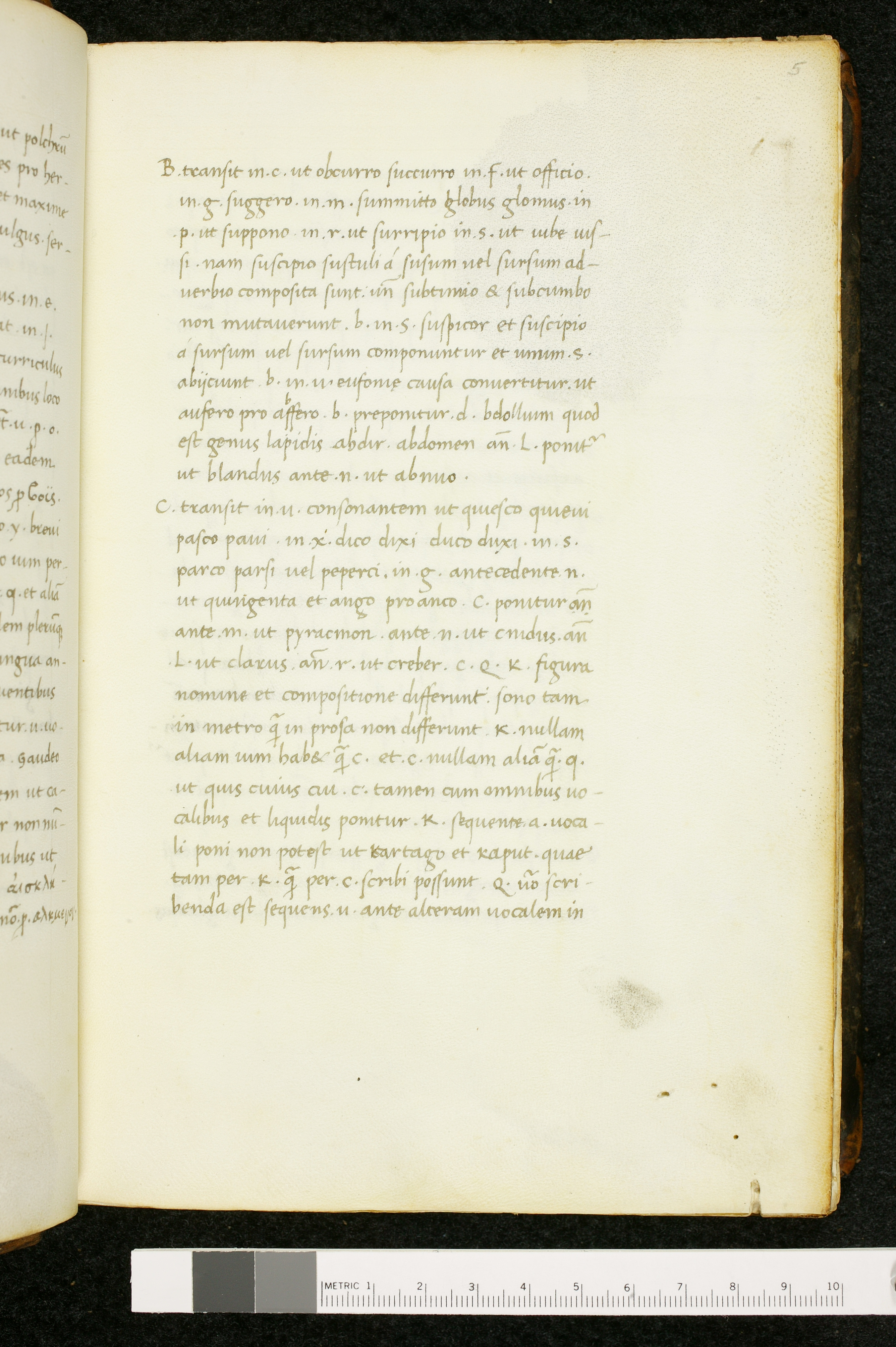 Humanist cursive script was the personal creation of Niccolò Niccoli, who was part of the circle of scholars who developed Humanist minuscule. In the early 1420s, Niccolò developed a slanted version of Humanist minuscule, which combined the letterforms of the latter script, a slanting aspect, and the elongated ascenders and descenders of contemporary Italian chancery hands. The script is a cursive in the technical sense, in that it is written with relatively few lifts of the pen, rather than in the sense of conforming to the rules of Gothic Cursiva, which requires looped ascenders. Like Gothic Cursiva, however, Humanist cursive is generally calligraphically executed. Books in Humanist cursive typically share the plain-page aesthetic that Humanist minuscule books borrowed from Carolingian models, with invisible ruling and ample space between lines and in the margins.

Most of the letterforms in this manuscript will be familiar from Humanist minuscule and from modern italic fonts, which derive directly from this script. One form that is distinct from its Humanist minuscule version is the long, slanting s with both an ascender and descender. The cursive technique of joining the bottom of one minim with a diagonal stroke to the top of the next can make it tricky to distinguish letters among a series of minims. In this, if in nothing else, Humanist cursive resembles Gothic textualis more than Humanist minuscule.

The text is a grammatical compendium, and much of what is being discussed here is the behavior of individual letters in the context of Latin words. The scribe generally sets off the letters he is discussing with a point on either side, except when the letter occurs at the beginning of a paragraph, and in a few other instances, in which case they are set off by a single point following the letter being discussed.

Our scribe evidently had some trouble following the logic of his text. There are several copying errors that suggest he did not understand the points the text is making about Latin spelling.

1. The third word in line 1 is in – which illustrates how tricky it can be to distinguish i, m, n, and u in this hand, with the regular minims and diagonal strokes joining one minim to the next.

2. In line 1, the first letter is B. with a point after it, and three words later is .c. set off by two points. In both cases, the text because the text is talking about the letter as a letter: "B changes into C, as in..." The scribe uses two points to set of a letter qua letter when it occurs in the middle of continuous text, and one point following such a letter if it appears at the beginning of a paragraph.

3. Line 1 contains several examples of long s and f with descenders but no loops on their ascenders.

4. globus, line 2: It's unclear what the scribe thought he was writing here, before he corrected the first letter of the word to a g.

5. Line 4, middle of the line: This scribe regularly marks monosyllable a with an acute accent. Marking monosyllabic words this way is a standard medieval practice, especially in scripts with less-regular word-spacing than Humanist scripts have.

6. Line 9, third word, is one of many examples on this page of the scribe not following what the text was telling him. The text is discussing what happens when b precedes f, but the scribe didn't copy abfero correctly on the first try.

7. Line 15, end of the line: The scribe appears to have written the abbreviation for omnem but then canceled it by expunctuation – putting dots under the letters to be deleted. We can hypothesize that he initially misread the ante that follows. Compare this scribe's usual abbreviation for ante, directly below.

8. Five lines from the bottom, third word: The scribe has dotted the i in cuius – a big help in distinguishing minims in this word. Dots (as opposed to strokes) over i are in general a 15th-century phenomenon. 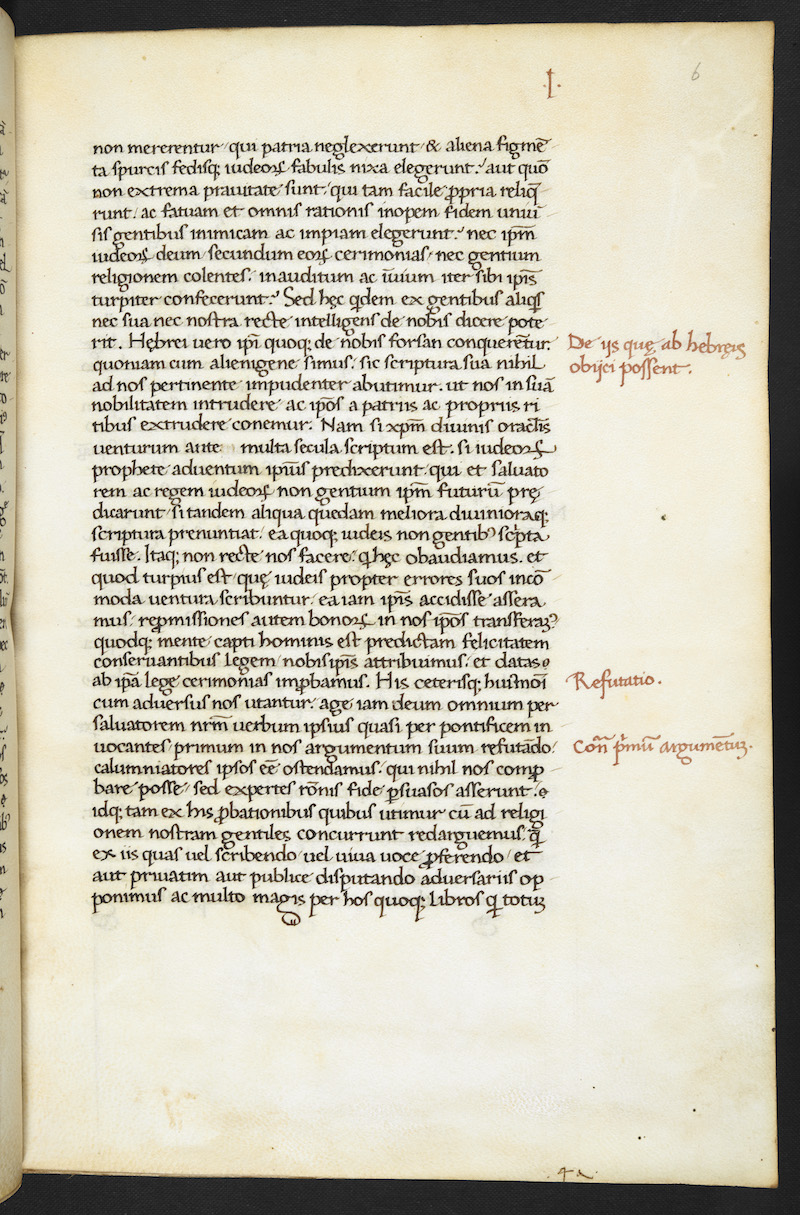 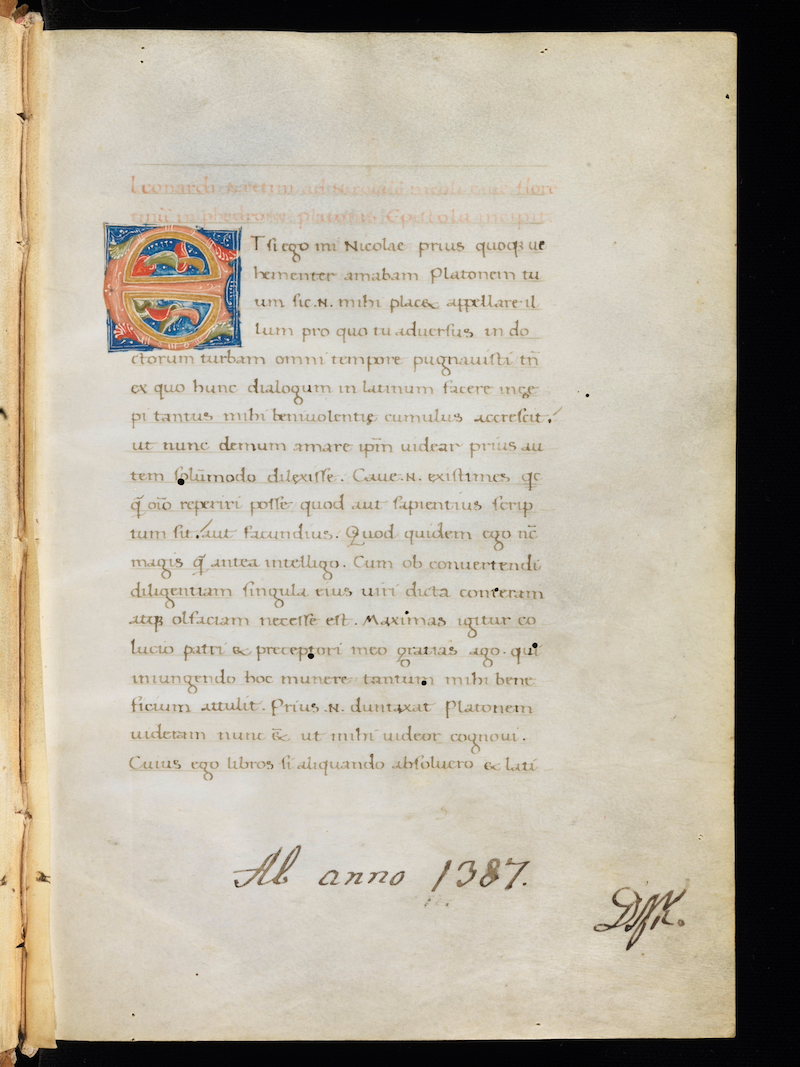 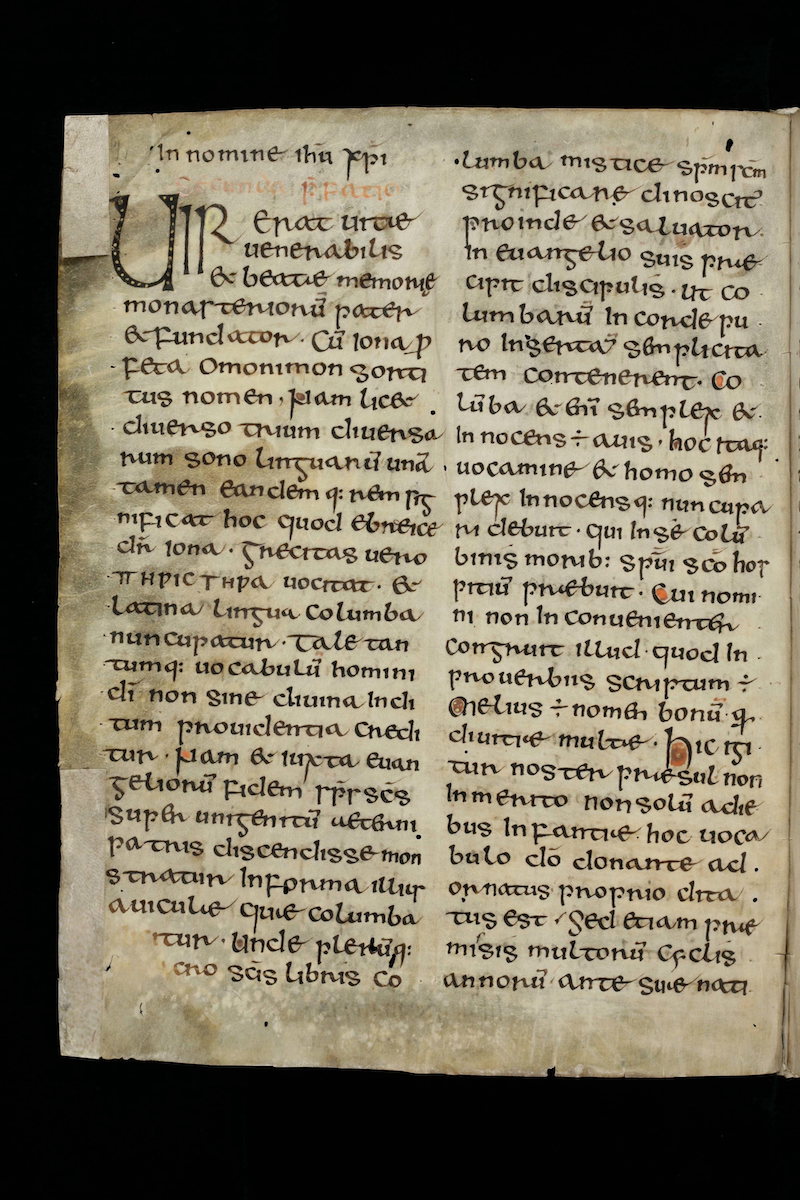